Your honor, please find attached the complaint of budgetmich against Nacho and DPA.

Westray
The request for an emergency injunction has been denied as the basis of "the irreparable damage of being unable to campaign" is not relevant, considering that there is nothing preventing you from continuing to campaign, as an officially recognized candidate or not.

The court hereby summons the Defendant, The Department of Public Affairs, as well as their Deputy Secretary Nacholebraa, to the court. If they do not respond within 24 hours, a default judgement will be made in favor of the plaintiff. 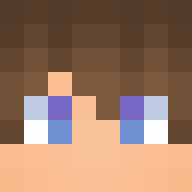 ElementPenguin
Your honor, may I introduce an Amicus Brief to the court?

ElementPenguin said:
Your honor, may I introduce an Amicus Brief to the court?
Click to expand...

Although it would have been preferred that you waited until the Defendant responded to their summons; however given your previous stature as the Inaugural Judge, I will allow it.

ElementPenguin
IN THE COURT OF DEMOCRACY CRAFT
AMICUS BRIEF

Budgetmich
v.
Department of Public Affairs; Nacholebraa​
INTRODUCTION
Budgetmich (BM) seeks the Department of Public Affairs (DPA) to reinstate his candidacy for the House of Representatives. BM claims that he was wrongfully removed from the election, and that his joindate would be appropriate at the beginning of the election (See here) The DPA claims that the two week requirement is for the beginning of the race, not just when the polls open.

QUESTION RAISED
Is Budgetmich constitutionally allowed to run for election in the House of Representatives?

ARGUMENTS
I. The Constitutional right to run in elections.
Section Two article VII of the constitution provides citizens the right to run in elections and reads as follows: "In order to run for the House of Representatives, players needs to meet these requirements: Has joined prior 2 weeks prior to the election; Has accrued 24 hours play time; and Is an active participant in the community, in-game, on discord, and forums." This law states that these are the requirements to run, which could be interpreted in favor of BM (at the start of polling) or in favor of the DPA (at the announcement of candidacy). However, since the law states that they are the requirements to run and not the requirements to be included in the polls, the DPA's argument may have stronger ground.

II. The merit of elections
Although elections for the House of Representatives are meant to be open to all, there must be a limit of how experienced someone must be to run. Due to this reason, the 2 week joindate requirement was instated, so that new players gained experience on the server before running for elected office.

CONCLUSION
For these reasons the DPA is correct in disallowing BM to run in the election, as he does not meet the requirements to run. I would also advise Congress to clarify this section of the constitution.

Thire_
Your honour,
As Attorney General, I will be representing the DPA.


IN THE COURT OF DEMOCRACYCRAFT
MOTION TO DISMISS


MOTION TO DISMISS
Defendant move that the complaint, in this case, be dismissed, and in support thereof, respectfully alleges:
1. The constitution is clear, it states in order to "run". It is interpreted this way. The DPA have used their best judgement, and they were courteous. They did their job. It also shows that the election is over 15 days. The constitution says 2 weeks prior to elections, and it says elections are a span of 15 days, which we are day 3 into it. He did not meet the requirements set for day 1. We have these requirements for the people who run to have a good understanding of how the server works.

2. I ask that this be dismissed, and that next congress clarifies this part of the constitution.
3. I also ask that Nacho's name be dropped from the court case as he was acting on behalf of the Department.

Westray
The motion to dismiss the case against the Department of Public Affairs has been denied as the Defendant has failed to properly justify or explain why this suit is inaccurate or frivolous. Rather, the Defendant has used it as a rebuttal to the Plaintiff's claims. We will continue the case to hear all arguments.

However, the motion to dismiss the case against Nacholebraa has been granted given the fact that as stated in the Creating a Lawsuit thread, if you are suing an official for their actions on behalf of the Government, you sue the Department, not the individual.

Westray
Both parties may now call upon any witnesses and provide any additional evidence in this case. If the either party wishes to call upon a witness, they must respond to this case with a list of witnesses they choose to question, and the set of questions that they would like to ask each witness. If either party does not have any witnesses or additional evidence to share, they may reply noting that they do not have anything else to share.

Each party is asked to please respond within 24 hours or the court will continue without reviewing any additional evidence or witnesses.
B

Your honor and may it please the court,

Comes now Plaintiff Budgetmich with the following testimony:
Defendant DPA bases their case on the fact that the requirement listed in the Constitution is a requirement to run for office. The second and third requirements to run for office contain no temporal clause. Thus it would make sense that in those cases the eligibility determination should be made based on the candidate's declaration. However, the first requirement, the one at issue in this case, does have a temporal clause. Specifically, that clause states, "prior to the election." This implies that Congress wanted to differentiate between the requirements. Thus, DPA's arguments based upon the "in order to run" phrase fall.

That still leaves the question of how we are to interpret the phrase "prior to the election." Plaintiff interprets this as referring to the date of the voting itself. The word "election" is synonymous with choice. Obviously in this case the Constitution is referring to a specific choice or election: that of a candidate for House of Representatives. In common parlance, "election" refers to the actual polls, rather than the entire process leading up to those polls. This lends itself to the Plaintiff's interpretation. Even though the "election period" is defined, the phrase "prior to the election" is neither linked to that phrase nor defined elsewhere. Common parlance suggests that it would be the date that voters choose, not the entire administrative period prior thereto.

Finally, this court should not attempt to rectify what it believes is a Congressional error. If Congress erred, it is Congress, not the courts, that must rectify that error.

The way elections are interpreted on this server is different from how the Plaintiff suggests. It is assumed elections start on day 1 out of 15. I will show below pictures that back up the claim of how the server defines elections differently.

"Polls" are mentioned as a separate thing to elections, if the plaintiff believes they are the same, then why is it separated? The answer is in the next image. . This is the server's definition, the entire subsection of

is how we interpret the definition of "elections". Therefore elections start on day 1 of 15, which was the 20th of August to the 4th of September. He does not meet those requirements based on the constitution. I'll also like to call the President, xEndeavour, to the stand to testify:

Questions
When do elections start?
Was DPA right to remove the Plaintiff?
How is elections interpreted in the Constitution?

Administrator
Representative
Your honor, may I introduce an Amicus Brief to the court?

HugeBob said:
Your honor, may I introduce an Amicus Brief to the court?
Click to expand...

Well, it appears as if this case has garnered the interest of a few high officials. Given your position as the Speaker and expertise of the law as a legislator, I will allow you to present your amicus brief.

Administrator
Representative
The plaintiff announced his intent to run despite failing to meet the constitutionally mandated requirements to run for the office which he sought to attain, that's a fact. The defendant was correct in its decision to remove the plaintiff from the election ballot, however I would like to argue that the eventual ruling is hindered entirely upon a single word, "election".

The clause of the constitution at question here is "Has joined prior 2 weeks prior to the election," as Speaker of the Congress I can assure you that "election" was intended to mean the first day of polls which at this time is slated to be September 1st, by which time the plaintiff will have fulfilled the requirements for election. That being said, I yield that the new constitution failed to address this ambiguity properly.

Because we are left with an imperfect scenario here, I would like to point to precedent to assist in the decision. In the last election cycle, I myself failed to attain the 24 hour playtime requirement before the beginning of the election cycle. I chose to wait until later in the cycle when I met the requirements to announce and was allowed to run, won election, became Speaker, and went on to propose more legislation than all other members of Congress combined.

I feel as though the most proper ruling on this matter should be that the defendant acted in accordance with the law, but that the plaintiff shall be allowed to re-announce his candidacy at a time that he does fulfill the requirements, so long as such a time occurs before polls open. Such a ruling would uphold the requirements set out by the constitution while acknowledging the precedent that has been established to define "election" as the time for which actual election polling occurs.

Thank you for allowing me to submit this brief, I would like to end my remarks by urging the next Congress to clarify this flaw in the constitution.

xEndeavour
Your honour, as requested by the Attorney General, I will attest my support for the decision of my Government to remove the plaintiff from the electoral ballot.

When do elections start?
The Constitution clearly states that the election period is between the 1st - 15th day of the electoral months. During this period, the Legislature moves into caretaker government which signifies the transition to elections.

Was DPA right to remove the Plaintiff?
The DPA acted in accordance with the constitution. The claim that previous discrepancies in candidate vetting allows for precedent to break the electoral prerequisites is an even more dangerous precedent to set. I will add that since the Speaker was elected, that law has been passed by the Congress again which reinforces it's legality in it's current form.

How is elections interpreted in the Constitution?
The view of the Honorable Speaker that the intent of the 2 week prerequisite was to lead up to polling day is subjective. When I signed the bill, my interpretation was that elections began on the 1st day of the month and therefore the two week prerequisite applied prior to that.

The reason that we have a two week prerequisite is to ensure the long-term activity of the candidate as well as their understanding of the workings of the Government prior to standing for Congress.

Nonetheless, I have been extremely impressed with the quality of this compelling case put before the courts and I look forward to the outcome.

Plaintiff comes with these questions for the witness, your honor.

xEndeavour
In response to the Plaintiff:

Westray
The Plaintiff may now present their closing statement.